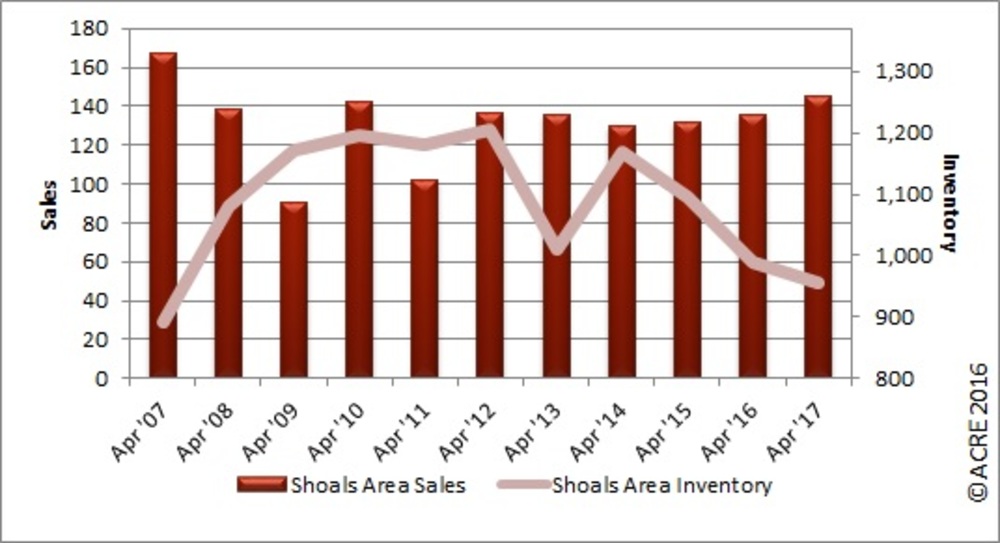 REAL Charts: Shoals sales up, inventory down from last year

The number of homes sold in the Shoals area during April increased 6.6 percent over the same month a year ago.

According to the latest data from the Alabama Center for Real Estate, obtained from the Shoals Area Association of Realtors, there were 145 homes sold in the region during April.

As the chart above shows, inventory is down 3.5 percent year-over-year to 955 units, compared to 990 last year.

There were 6.6 months of supply during April, meaning at April's sales pace, it would take approximately 6.6 months to absorb all of the inventory on the market in April.