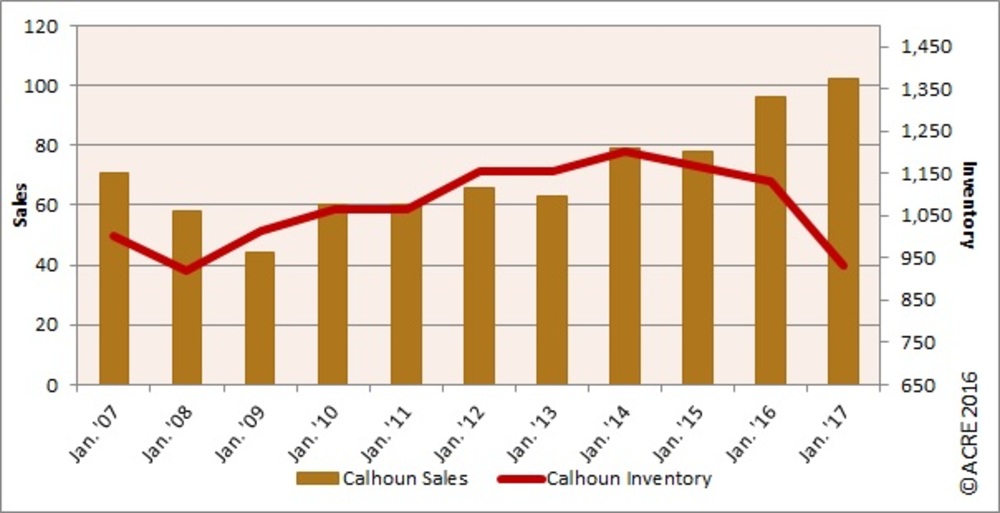 Calhoun County home sales rose 6 percent in January compared to a year ago.

Also in the chart above, inventory has fallen again in Calhoun County, dropping 17.6 percent to 932 units in January. There were 1,131 units on the market in January 2016.

On average, homes sold in January in Calhoun County spent 112 days on the market, two days faster than January 2016.

The median sales price for homes sold in Calhoun County in January was $114,450, a drop of 8.4 percent from last year.