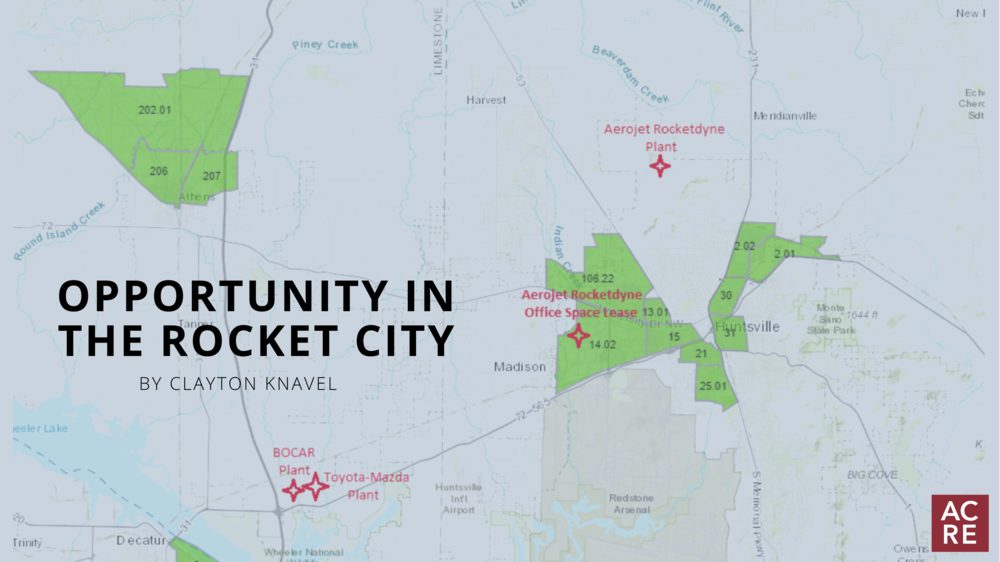 Opportunity in the Rocket City

It is no secret that Huntsville is one of Alabama’s healthiest real estate markets. The city has great jobs, a stellar location, and plenty of intelligent people. Fortunately for members of the Huntsville-Athens area, it appears the market is going to continue to improve. In the last 2 years GE Aviation, Aerojet Rocketdyne, BOCAR, the FBI, Polaris, and Toyota-Mazda have all announced intentions to bring more business to Huntsville. Huntsville will even be getting a minor league baseball team, the Rocket City Trash Pandas. According to Passive Real Estate Investing, these businesses are likely to create more than 20,000 jobs in the area. 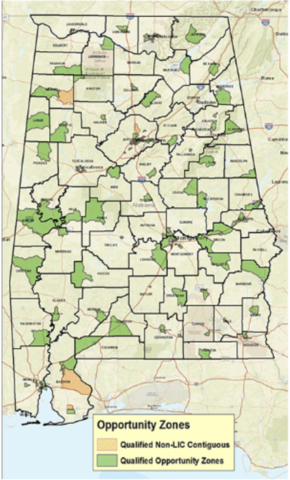 A spreadsheet of all United States opportunity zones can be found here.

The 1031 exchange process previously allowed investors to defer capital gains taxes when rolling one real estate investment into another, but opportunity zones allow you to receive benefits even if your previous investment was not in real estate. The investment must be held for 5 years to receive the tax benefits, however if held for 10 years, the taxable gains are reduced by 15 percent and no taxes are paid on the appreciation of your investment in that opportunity zone. For example, if your capital gains from investing in the stock market were $100 and you invested that in an approved opportunity zone for 10 years, you would only be taxed on $85 of your gains when selling and would not be taxed on your gains in the opportunity zone. 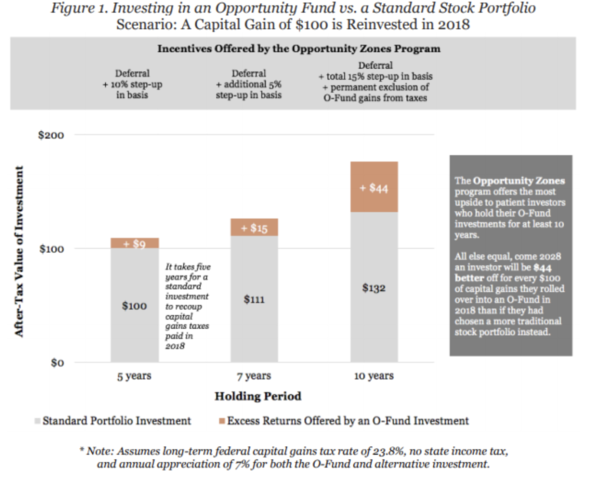 In addition to new business moving to Huntsville, the 2017 Tax Act has created fourteen opportunity zones with a land area of 60.78 square miles in the Huntsville-Athens area. 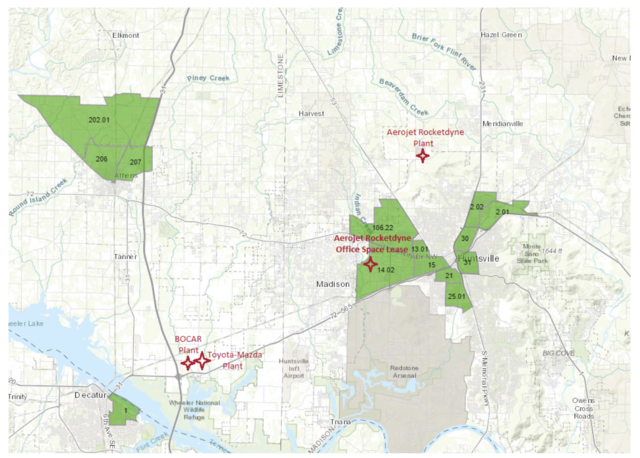 These opportunity zones have a total population of 57,036 people and contain 26,806 housing units. This gives them an average of 938.4 people per square mile and an average of .47 housing units per person collectively. Additionally, the opportunity zones are located within roughly 35 minutes of the major businesses that have recently announced their move to the Huntsville-Athens area.

Huntsville not only has a bright future, but is also very affordable. The national average for the AHA affordability index is 137.9. This means that the median family income is about 1.38 times the income needed to qualify for a loan for a home with the median price in that area. The Alabama AHA affordability index average is 186.8, demonstrating the affordability of the Alabama housing market.  With a score of 195.3, Huntsville’s AHA index average is higher than both the statewide and national average. Huntsville is ranked 7th in the state in affordability and 1st in median family income at $78,200.

In addition to steady appreciation, Huntsville homes are selling in 75 days on average, while the state average is 130 days. With so many positives in the market, it’s no wonder the sales-to-inventory ratio, or months of supply, is below equilibrium at 3.9 for the year of 2017. The location, people, and incentives to invest in the Huntsville-Athens area have allowed for steady growth over the last fifteen years. Luckily for the members of the Huntsville community, it does not appear to be slowing down anytime soon.

For monthly and annual reports on the Huntsville housing market click here.