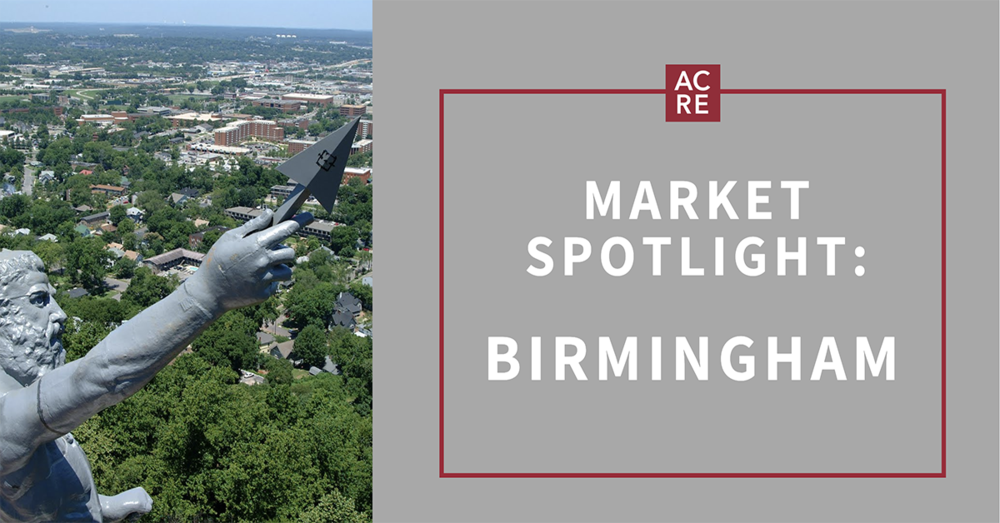 The changes in Birmingham’s economic base over the years are interesting to say the least. While the production of steel and related industries anchored the city’s economy well into the 1960s, Birmingham gained a reputation as a center for medical care, medical research, finance, and legal services in more recent years. Now home to a growing tech ecosystem with the success Shipt and Innovation Depot, Birmingham’s economic transformation continues to evolve with the times, affecting both residential and commercial markets.

Birmingham’s central business district has also been transformed in recent years. For example, an economically obsolete railyard became an urban greenspace with Railroad Park. After several decades in the suburbs, the Birmingham Barons returned to a highly acclaimed ballpark near UAB’s campus. Second avenue north is now home to a vibrant bar and restaurant scene. The Pizitz offers a one-of-a-kind food hall in addition to over 140 residential units. And the increasing number of urban residents has led to something that was unthinkable a few decades back, a downtown grocery store.

A growing economy and renewed downtown area have led to increased demand for residential real estate across the metro area. Thus far in 2019, Birmingham is the state’s fastest selling market as the area’s average days on market (DOM) is 42 days year-to-date (YTD), 11 days faster than one year ago. For context, the statewide average is 92 days during the same period. Other markets that are selling fast YTD in 2019 include Huntsville (46 DOM), Athens (49 DOM), and Tuscaloosa (56 DOM). The fast sales pace seen in the Birmingham area is driven, in part, by limited inventory as total residential listings are down 4.8% from one year ago.

Residential sales activity in the Birmingham area was especially strong in September, increasing 10.9% year-over-year, bringing the year-to-date sales growth to 3.2%. Home price appreciation in the area is also on the rise as the median sales price increased 7% in September and 5% YTD. Home prices, however, are still relatively affordable in Alabama’s largest metro area. According to the Alabama Center for Real Estate’s third quarter affordability index, the Birmingham area has an affordability score of 191.3, meaning that a family earning the area’s median family income of $74,400 has approximately 1.9 times the income to qualify for a loan (80% LTV) to purchase the area’s median priced home of $221,000 during the third quarter of 2019.

Stay tuned to see if Birmingham’s impressive residential statistics continue into the fourth quarter of the year. 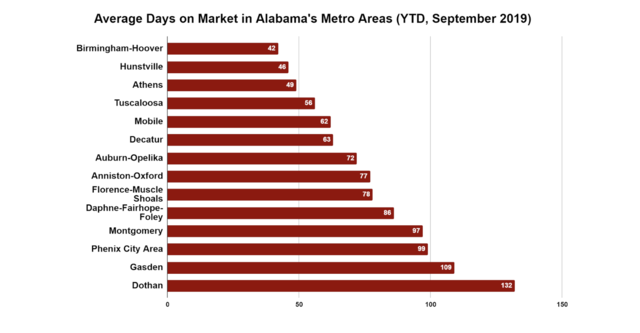