With the Fourth of July tomorrow, it’s a good time to reflect back on the interesting role that real estate played in our nation’s early history. When George Washington’s will was executed in 1800, it called for the sale or distribution of 52,194 acres in Virginia, Pennsylvania, Maryland, New York, Kentucky, and the Ohio Valley. This was in addition to his land holdings in the Virginia cities of Winchester, Bath (now Berkeley Springs, West Virginia), Alexandria, and in the newly settled City of Washington. 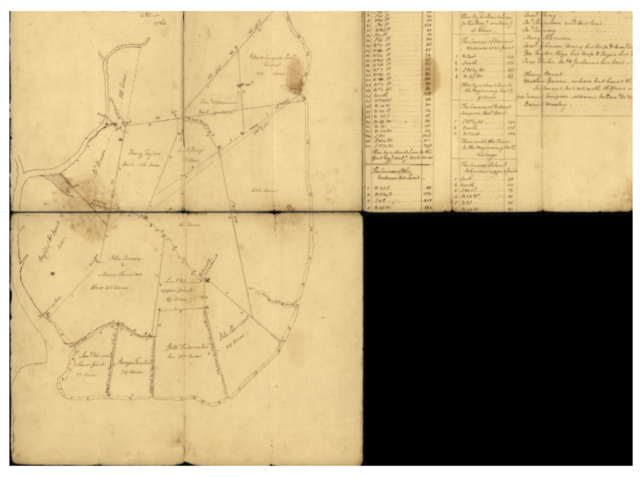 Old plat of the grounds in the NE part of the pasture of Mount Vernon from the summit of the hills on which the log’d cabbins (sic). Click map for details.

His career in real estate was quite interesting...and lucrative, as he is estimated to be our nation’s wealthiest President, the majority of which resulted from his vast land holdings. While commanding British troops in the French and Indian War, he explored the vast Ohio Valley and quickly realized its potential, even mentioning in a letter that if he didn’t survey the region, somebody else would. Leaving military service in the late 1750’s, he shifted his focus to surveying vast and bountiful lands in what would become the Northwest Territory. He also led a successful 20-year effort to finalize western land grants promised to veterans of the French and Indian War. The compensation of lands for military service was delayed throughout the colonial era, most notably by the Proclamation of 1863, which banned colonial governors from issuing land grants west of the Appalachian and Allegheny Mountains. Of the many factors leading the colonists towards Revolution, the Crown’s disfavor towards western expansion, expressed clearly by the King in his Proclamation of 1863, stands out because the country would span the continent by 1848, a mere 72 years after the Revolution. For more details about the role that real estate played in our nation’s early history, tune in to this week’s podcast. (Link needed)

Now that we have brushed up on our history, let’s move on to the major economic and housing news from the previous week. First quarter GDP was unchanged in the most recent revision, remaining at 3.1%. Be on the lookout for the second quarter advance estimate on July 26 as it will provide a window into the effects of economic uncertainty including retaliatory tariffs and the ongoing trade dispute.

On the residential side, new home sales nationwide declined 3.2% in May, but are up 3.8% YTD. While new home sales are up from last year, builders continue to struggle with a variety of challenges including rising land costs, rising material costs, and skilled labor shortages. Additionally, the FHFH Home Price Index was up 5.2% y/y in the latest release. With 4.3 months of supply nationwide, it is not surprising to see home price appreciation continue its upward trajectory. 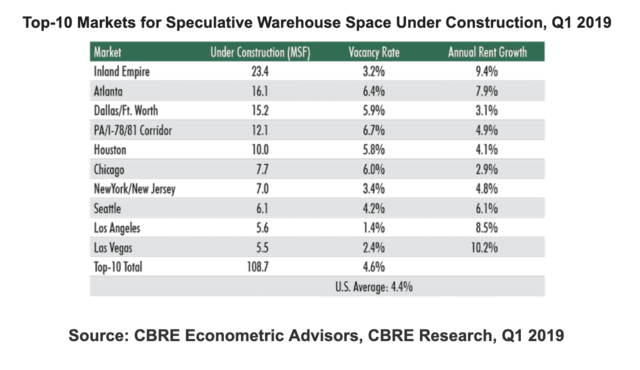 Fourth of July Festivals for Your Family

In St. Louis, former houses of worship are retooled to meet city's needs

Grandfathered Out Of An Opportunity Zone? Be Wary Of Doing This.

CBRE Expects Steady Decline, But No Recession Until 2024

Plentiful Jobs but Slow Growth: 10 Facts About the Expansion

Reuben Brothers Close in on Western World’s Most Expensive Building

This Mall Couldn't Get J.C. Penney To Stick Around, Even For 3 Years Rent-Free

CBRE Expects Steady Decline, But No Recession Until 2024

A massive ‘merchandise logistics center’ is teed up for Westphalia. Is Amazon coming to Prince George's?

Coca-Cola To Splash Its Brand All Over Massive American Dream Mall In N.J.

Why WeWork is Breaking its Own Mold to Build In Arkansas

Coca-Cola To Splash Its Brand All Over Massive American Dream Mall In N.J.

Amazon is Descending on New York with Another Cashier-Free Store