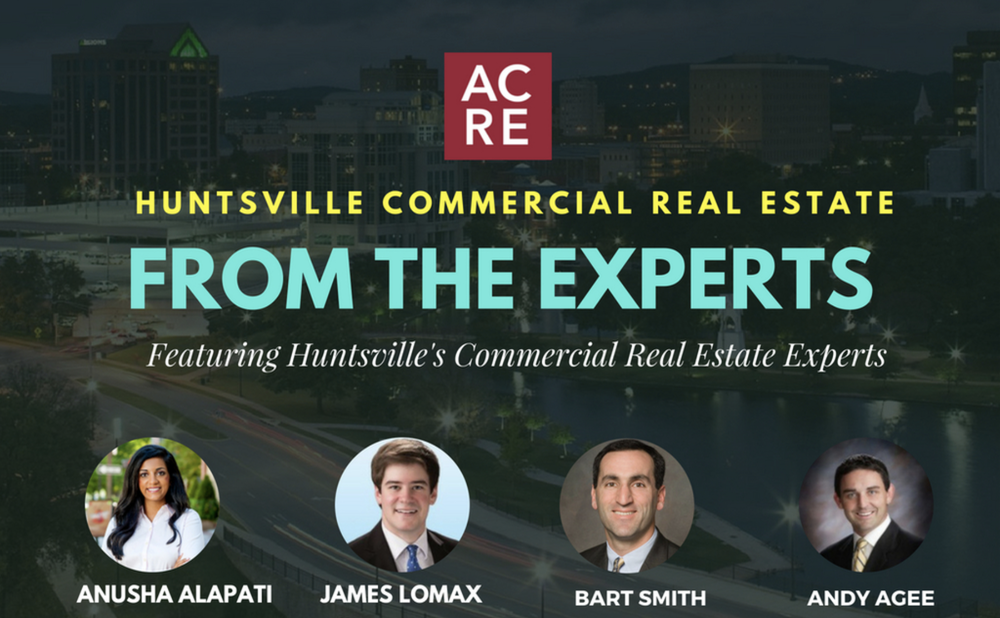 Vacancy remained steady in the second quarter with overall rates remaining below 9 percent. Two large facilities, the former Navistar and Qualitest buildings, account for 73 percent of the overall vacancy.  National industrial vacancy is the lowest since 2001 and has now dropped for 26 consecutive quarters since peaking in 2010.

Several construction projects are underway for smaller industrial buildings ranging from 5,000 to 15,000 square feet. A shortage of available space exists in the 20,000 to 50,000 square foot range, leading some companies to lease space in older buildings normally not under consideration.

Rental rates have begun to increase in the Huntsville market and this trend will continue, especially with new construction. Cost for new construction has increased, and owners and developers will ask  tenants to help offset the increase by paying higher rents. Rates increased nationwide to $6.92 per square foot as industrial remains the hot sector.

Land prices remain stable in the Huntsville market with most industrial sites priced near the $40,000 to $45,000 per acre range. The Huntsville area has a large amount of flat, buildable land so prices should remain stable as there is not a scarcity of great locations.

Two transactions of note occurred in the second quarter:

The Huntsville, Alabama, apartment market continues to experience the type of renaissance that should be expected from an area that is seeing unprecedented historic growth.   Rents have increased an impressive 5+ percent across the area, year over year, where the national average is closer to 3 percent. The mixed use and retail construction boom in Huntsville and Madison promises only more jobs, and this in addition to recent large job announcements by Toyota/Mazda, BAE, and even tech giant Facebook will lead to exponentially more apartment dwellers in the coming years.  With rising rents and soaring occupancy, times were very good for Huntsville apartment owners in the second quarter of 2018, and promise to be so for many quarters and years to come. For the ‘Rocket City’, the sky is truly the limit for apartment owners.

As I’ve pointed out previously, multifamily investors from around this globe continue to make persistent efforts to enter the North Alabama market, arguably the strongest tertiary growth market in the Southeast United States. This feat that has become increasingly challenging, as sales volume slows a bit, and sellers choose to ‘sit tight’ to see just how high this market will rise.  Huntsville leads the way as a top tertiary market, with sustained job and population growth and a strong positive economic outlook. Unlike larger markets around the U.S. where quality, reasonably priced inventory is difficult to identify, Huntsville offers a safe and somewhat more reasonably priced opportunity in the multifamily sector with big upside.

Huntsville, Alabama is a unique office market in the thick of national defense world. For a long time and still, Huntsville has been seen favorable to many defense contractors and government providers based upon the location and proximity to Redstone Arsenal, as well as the economics that allow for low wrap rates. It is a huge win for the local area to be close to the source of budgeting for agencies such as the Marshall Space Flight Center and the Missile Defense Agency. Over 40,000 employees work on Redstone, and while the arsenal is an army installation, it truly is a federal instillation. Over sixteen federal budgets are directly managed out of Redstone Arsenal. Huntsville has had unprecedented success in the recent years, but Redstone remains the economic engine of the area, and that is going to continue to be the trend. The supported budgeting efforts for national defense coming from the Executive Branch has anecdotally been tied to major recent announcements in our office market.

As Redstone Arsenal continues to grow steam with the talks of FBI relocation and “Space Force”, the excitement continues to mount for office product users and owners in the Research Park area.

Outside of Redstone Arsenal, the evidence is showing that our market is growing and demand is increasing. Announcements like the Facebook data center and the Toyota/Mazda plant will increase viability of Huntsville as an office location for other major companies throughout the United States. Downtown vacancy rate remains very low, mirroring the demand.

To meet demand, new office product is expected in the near future:

The overall vacancy rate remains steady with a slight increase from 4.3 to 4.4 percent from Q1. Although retail development has slightly declined nationally, Huntsville’s market is still very strong with over a million square feet under construction. Huntsville’s strong demographics have encouraged developers to expand the city's retail footprint by almost 15 percent over the cycle. It’s exciting to note that much of this growth comes from introducing unique retail concepts to the Huntsville market. For instance, Huntsville is seeing more diversity within its food scene. New retail elements are coming by popular demand, such as Huntsville’s first rooftop bar, several food halls, and a boutique hotel in the downtown core.