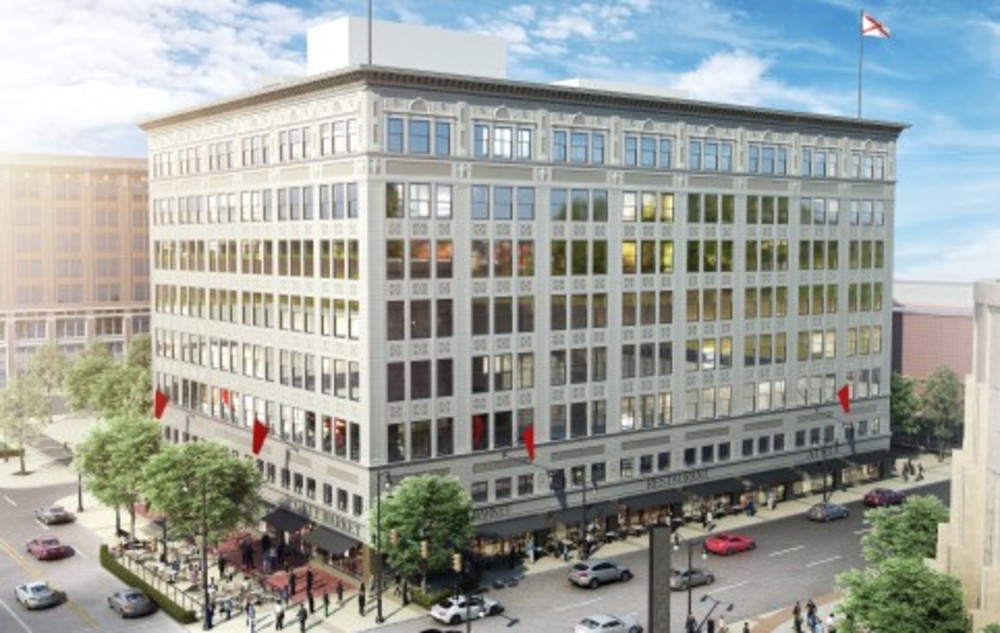 The study, which also evaluated the state's CAPCO credit, was compiled under contract with the Alabama Department of Revenue.

The study noted numerous tangible and intangible benefits the Historic Tax Credit had during its three-year existence (2013-15).

Last year, lawmakers did not renew the program, but since that time, a plan to reactivate the program has gained steam in Montgomery.

The University of Tennessee study graded the program based on multiple factors. The only two that did not receive a B grade or higher were Efficiency ("a well-defined return on investment to the state of Alabama') and Evaluation ("to identify the extent to which incentives induced new activity").

If a bill passes this spring, lawmakers could look to the Tennessee study for ways to improve the state's Historic Tax Credit.

Make the credits refundable: "One straightforward improvement would be to make the tax credits refundable, such that recipients can enjoy their full value upon approval. We recognize the risk in provide credits in advance, but our sense is that the approved projects thus far in Alabama are not at risk of failing to be completed. Indeed, the odds of completion surely would increase if the full value of the credits were available earlier in the rehabilitation process. This would also eliminate the need for inefficient monetization of the credits."

Change the application process: "Specifically, the state should consider eliminating the first-come first-served requirement and instead allow applications to be submitted over a longer predetermined period of time and evaluated collectively. This would more closely mirror a typical Request for Quotations process, and would put the state in a better position to allocate available credits to the most impactful projects. Care would obviously need to be taken to ensure an open and neutral process, perhaps by engaging a panel of experts representing local interests as well as state program administrators."

Deeper study: "As part of the ongoing evaluation process, significant effort should be devoted to a study of the extent to which the HRTC actually induced the rehabilitation activities on approved projects. The program is actually set up well to enable such a study, as approved projects that have received allocated tax credits could easily be compared to wait-listed projects or others that were not approved for credits. If the wait-listed or non-funded projects have not moved forward without the credits, then the case can more easily be made that the HRTC truly induced the rehabilitation activity in the funded projects."

Utilize other incentives in historic rehabilitation: "Beyond the HRTC, it may be worthwhile to consider alternative financial incentive programs that could be developed to support historic rehabilitation in Alabama. These could include such things as loan 37 assistance programs and private activity bonds. It is not obvious, however, that any of these alternatives would be superior to the current HRTC. Moreover, alternative incentive structures could potentially reduce leveraging opportunities and would lead to new costs of program development, implementation, administration and compliance."

Below is the chart from the University of Tennessee study that graded Alabama's CAPCO program and the Historic Rehabilitation Tax Credit.