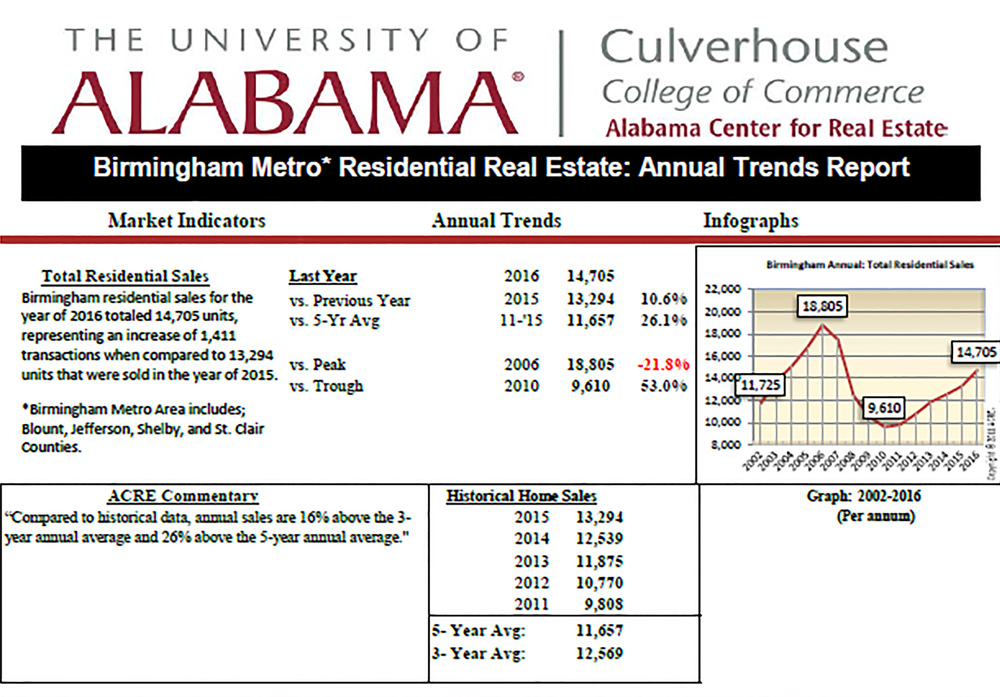 The Birmingham market experienced an 11 percent rise in home sales in 2016, compared to 2015.

According to the Alabama Center for Real Estate's Birmingham 2016 Annual Report (data provided by the Birmingham Association of Realtors), there were 14,705 units sold during 2016, an 11 percent increase over the 13,294 homes sold during 2015.

Click here to get a snapshot of the Birmingham market for 2016, December and the Fourth Quarter

Inventory has also dropped off from 2015, dipping 2.6 percent to 6,852 units. The area had an average of 5.7 months of housing supply for the year, which means at that pace, it would take 5.7 months to absorb the current housing stock. The market is considered to be balanced at approximately 6 months.

December residential sales in the area increased 37.7% year-over-year (Y/Y) from 175 to 241 closed transactions.

December residential sales in the Gadsden area increased 20.5% year-over-year from 78 to 94 closed transactions.