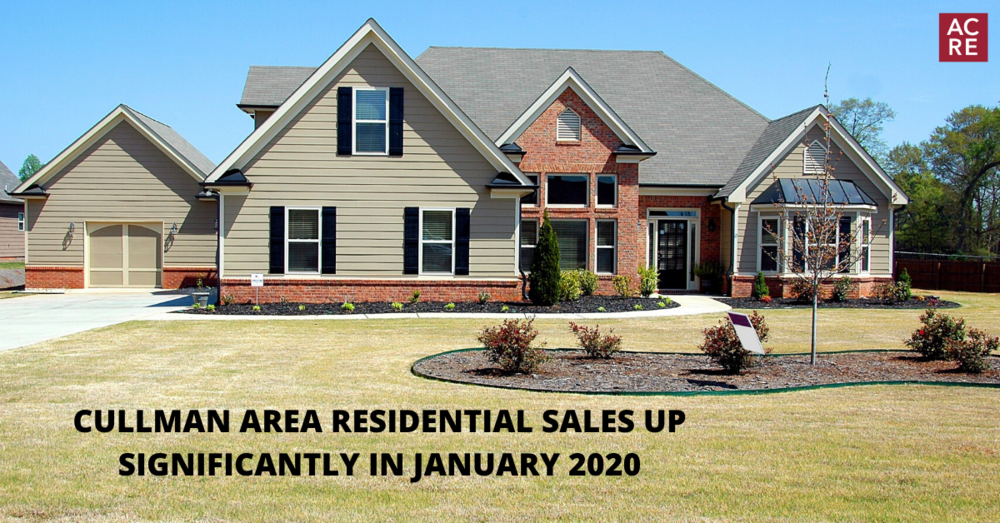 Sales: According to the Cullman Association of Realtors, January residential sales increased 97.1% year-over-year from 35 to 69 closed transactions. Following seasonal trends, sales decreased 0.1% from December. Results were 39.1% above the 5-year January average of 42 sales. Two more resources to review: Quarterly Report and Annual Report.

For all of the Cullman County’s housing data, click here.

Pricing: The area’s median sales price in January was $159,000, an increase of 22.8% from one year ago and a decrease of 0.6% from the prior month. This direction is consistent with historical data (2015-2019) indicating that the January median sales price on average decreases from December by 5.7%. The differing sample size (number of residential sales of comparative months) can contribute to statistical volatility, including pricing. ACRE recommends consulting with a local real estate professional to discuss pricing, as it will vary from neighborhood to neighborhood. The average number of days on the market (DOM) for homes sold during January was 134 days, down 3.6% from 139 days one year ago and up 36.7% from 98 days in December 2019.

Forecast: January sales were 9 units, or 13%, above the Alabama Center for Real Estate’s (ACRE) monthly forecast. ACRE projected 60 sales for the month, while actual sales were 69 units.

The Cullman County Residential Monthly Report is developed in conjunction with the Cullman Association of Realtors to better serve area consumers. 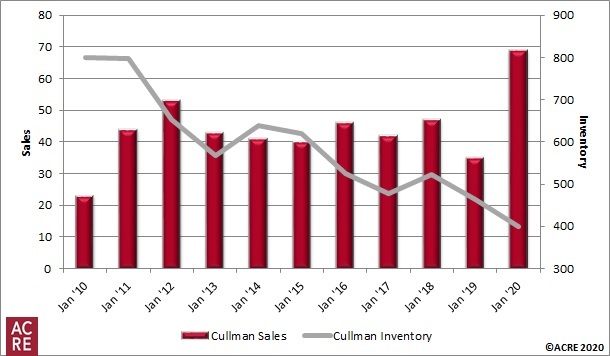 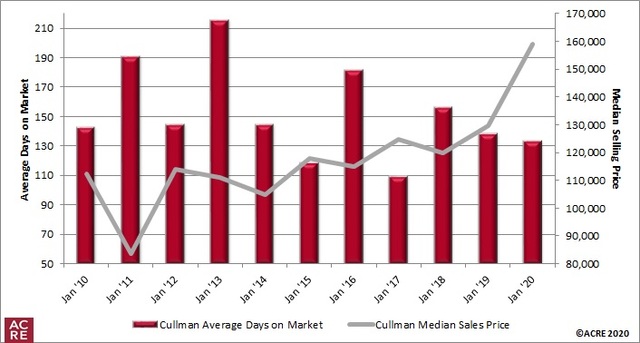