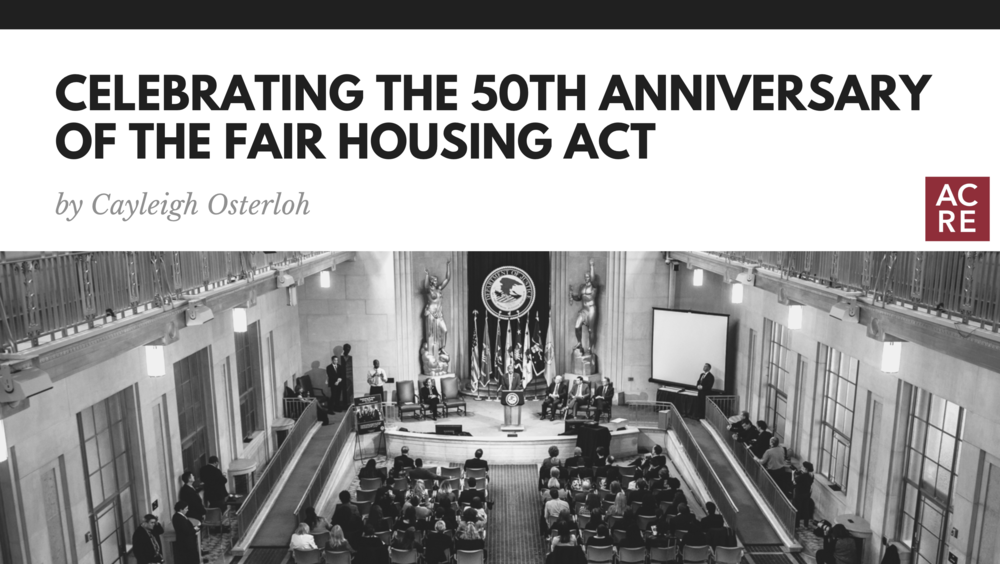 Celebrating the 50th Anniversary of The Fair Housing Act

Fifty years ago, America made a change that would positively affect the living conditions and everyday lives of many individuals who experience housing discrimination; the passing of the Fair Housing Act. As we celebrate and honor the many accomplishments and progressions that have taken place,  it’s also crucial on Fair Housing’s golden anniversary to bring awareness to the many unaddressed issues involving housing discrimination still in existence today. Fortunately, there are passionate and dedicated people who work daily to assist people who are experiencing housing discrimination, such as  Lila Hackett.

Hackett works as the executive director at the Fair Housing Center of North Alabama (FHCNA), a nonprofit agency that provides housing services to 29 counties in the state of Alabama. “People are still struggling in terms of equal access to housing,” Hackett stated. “People are being discriminated against all day, every day, every week.”

Discrimination against veterans is not new. In the 1960s, when soldiers were coming home from the Vietnam War, they had great trouble finding housing and experienced harsh housing discrimination. The African American community is another group that has experienced high levels of housing discrimination during this time. As a result, the fight for fair housing became one of the peak points in the civil rights campaign. After the assassination of Martin Luther King, Jr, President Lyndon B. Johnson immediately began assessing ways to use the country’s devastation, grief, and fury to drive a major civil rights law through a tough congress. A day after Martin Luther King Jr.’s funeral, Congress finally agreed to pass the Fair Housing Act. The act became enforced by the United States Department of Housing and Urban Development (HUD).

Housing centers, such as FHCNA, are located all over the country for anybody needing assistance. “Their doors (housing centers) are open just like ours to come and voice any complaints that you have, or if you feel like you’ve been discriminated against,” expressed Hackett. “Receiving a client’s case and being able to resolve it and see results is one of the best parts of my job.”

The report is published every year by the Urban Land Institute (ULI) and is a comprehensive study on emerging trends impacting commercial real estate.